Mention “Charlie and the Chocolate Factory,” and three things spring to most people’s minds: the cherished book by Roald Dahl and the two movies that altered how different generations have imagined the goings-on inside the factory. But who knows of the play?

This entirely different thing — adapted by elementary school teacher Richard George and later given the thumbs up by Dahl — is a blank slate for designers, with no descriptions of characters or sets. It’s a chance for a production to go mad, to act like, shall we say, kids in a candy store. That’s exactly what goes down tonight in Ojai when Gai Jones and Ojai ACT unveil their version.

END_OF_DOCUMENT_TOKEN_TO_BE_REPLACED

When the Franciscans abandoned their missions in 1833 after the Mexican congress passed the secularization act, our own Mission Santa Barbara wound up as the repository of much of the artifacts. By that time, Tina Foss explains, our mission had lost some of its importance, and with the others looted, became an unintentional museum of a historical period. Nearly two centuries later, some of these treasures, along with popular pieces, will be open for viewing for a very brief time.

The second annual Mission Art Tour will give two hours to see artworks that have long been in storage. Of the 56 pieces on display, half come from the Provincial Archive in Oakland and the other half from the mission’s storage and permanent collection. Objects include textiles, statues, paintings and religious artifacts like gold chalices. Many date back to the 17th century, and most need some sort of restoration.

END_OF_DOCUMENT_TOKEN_TO_BE_REPLACED

Third time was the charm when Tupelo Junction finally settled into its current location to the left of The Granada. It had previously tried a spot on Chapala and then moved into a space to the right of The Granada. But we like its final choice for one major reason: It allowed them to get a liquor license. When the food is Southern, what could be better than an accompanying cocktail in a hooch jar?

The Palace also does this jar business, so we assume that nobody in Louisiana ever pickles or preserves anything, as all the drinkers are busy using their glass. Unless you’re talking about pickling your own liver.

END_OF_DOCUMENT_TOKEN_TO_BE_REPLACED 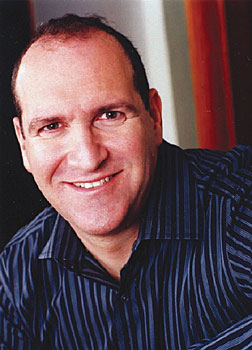 For those who might imagine that baseball and Broadway exist on opposite sides of the spectrum, meet Neil Berg. A college all-star in his 20s, this East Coast boy has since gone on to pen numerous musicals. Best-known for “The Prince and the Pauper” and the upcoming “Grumpy Old Men” he comes to The Granada with a musical revue bearing his name, “Neil Berg’s 101 Years of Broadway.”

Really, Berg says, the distance from the lessons learned on the baseball diamond and what one needs to succeed on the Great White Way is not far. “Because I had a regular-guy perspective,” he says. “Not a theater world perspective, I wanted to make a show that people like my mom would appreciate.”

END_OF_DOCUMENT_TOKEN_TO_BE_REPLACED

Eddie Beltran has that mix of friendly and imposing we imagine works well for a bar owner and bartender. Military background, stocky — we weren’t all that surprised to hear he also works the door on Tiburon’s rowdiest night, Friday’s karaoke. We could imagine him throwing some people out, literally. But he looked after us well on our return trip to the Tiburon Tavern, upper State’s neighborhood bar of choice. Five regulars sat at the bar, nursing beers and watching the game.

We first came to the Tib in our guise as cocktail wiseguys in 2007, but did not meet Beltran. Six years ago, Beltran bought the Tiburon and decided not to change the name of the five-year-old establishment. “It was on its last legs,” he says, and set about repainting, redecorating and revarnishing. A few large mirrors stayed, but most of the décor is his.

END_OF_DOCUMENT_TOKEN_TO_BE_REPLACED 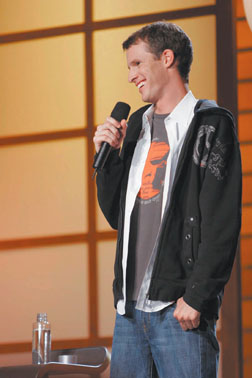 For a just-out-of-beta release, “Tosh 2.0” is performing well, with no reported bugs or viruses. The Comedy Central show is hosted by comedian Daniel Tosh, who plays the best of the Web’s viral videos every week and riffs on them. Shot weekly in front of a live audience, it is currently in the middle of its second season, with a third to come. Like many Comedy Central hosts, Tosh has a busy stand-up life outside the tube, and he brings his audacious tour to the Arlington on Saturday.

Tosh has played Santa Barbara before, but typically at UCSB and in small venues. That he can now book the Arlington shows how fast his star is rising.

END_OF_DOCUMENT_TOKEN_TO_BE_REPLACED

“My father, who was the real singer in the family, told me never to sing up to a note. Sing down to it.” This was Elvis Costello on Tuesday night at the Arlington Theatre, and he paused after this quote to gather in bemused giggles. “No, I don’t know what it means either.”

Mr. Costello has spent his 33 years in rock neither up nor down in relationship to notes, but instead fearless in the face of them.

END_OF_DOCUMENT_TOKEN_TO_BE_REPLACED

As Earth Day approaches, the question often arises, How can one person make a difference? The answer: there are as many ways as there are people asking. For 32 of those answers, look to the 2010 Green Shorts Film Festival, showing tonight at the Lobero Theatre at a special event and awards ceremony.

With Earth Day’s theme set as “Bringing it Home,” the Community Environmental Council asked everyone from young schoolchildren to filmmakers amateur and pro to conceive a two-minute film “regarding sustainable living, eating and growing local food, sustainable transportation, energy independence and a green future without petroleum.” That’s according to the press release and contest poster.

END_OF_DOCUMENT_TOKEN_TO_BE_REPLACED

Before alcoholism was seen as a disease, one man decided that the best way to get a drunk off the booze was to have him talk to another drunk. The camaraderie and that empathetic, shared experience worked, and the organization Alcoholics Anonymous was born.

The new production of “Bill W. and Dr. Bob,” which opens at Center Stage this Thursday, drops us right into those early days in 1934, where the two men keep each other sober, helped over the course of the play by their respective wives.

END_OF_DOCUMENT_TOKEN_TO_BE_REPLACED 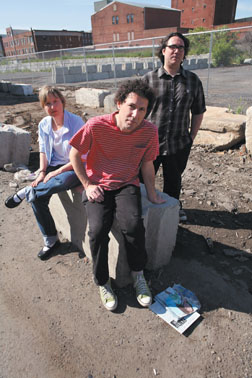 Famous UK DJ John Peel once explained why he counted The Fall as his favorite group: “They are always different; they are always the same.” Much could be said of the 25 (that’s right, hipsters, twenty-flippin’-five) year career of Yo La Tengo, whose unmalicious but complete avoidance of our town ends this Monday night.

The husband and wife team of Ira Kaplan and Georgia Hubley, along with bassist James McNew, formed in 1984 (McNew joined in 1991) and they have been with Matador Records since 1993’s “Painful,” which the group and critics agree was the turning point after five albums into its current mature sound. Those earlier records were good, of course, but the ones that came after were fantastic, displaying an encyclopedic knowledge of music and history, blending Velvet Underground simplicity, Krautrock dronage, bucolic alt-folk and whatever strikes their fancy.